Every Wednesday, I feature a writer to hopefully introduce you to some new authors and books that I know you’ll love. Today I’m excited to introduce to you a fellow contributor of The Writer’s Voice, a new multi-author blog where you get to know the voices behind the stories. Keary Taylor is one of those voices. I’m just getting to know her myself, but I think I love her already. Especially because she writes about a favorite subject of my own: fallen angels. Hehe.

Keary has several books out and lives in what sounds like a really cool place. I’m convinced I need to visit her. 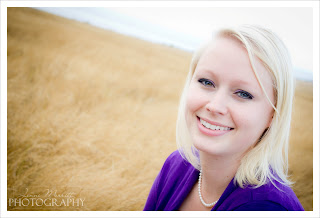 Keary Taylor is the author of BRANDED, FORSAKEN, VINDICATED (Fall of Angels trilogy), and Eden.  She lives on Orcas Island in Washington State with her husband and their two children.

About Branded, Keary’s first book in her Fall of Angels series:

Jessica’s had the nightmares for as long as she can remember. Nightmares of being judged for people who have died, of being branded by the angels. Her friends and family think she’s a crazy because of it all. Yet she carries the mark of the condemned, seared into the back of her neck, and hides it and herself away from the world.

But when two men she can’t ignore enter her life everything changes, including the nightmares. The two of them couldn’t be more different. She will do anything to be with one of them. Even tell him the truth about angels, why she never sleeps, and the scar on the back of her neck. But one of the two has set events into motion what will puller her toward her own judgment and turn her into the object of her greatest fear.

KC: Tell us about you in 10 words.
KT: Busy mom of two with a very overactive imagination!

KC: I can’t wait to explore that imagination when I pick up my own copy of Branded (did I mention it’s about angels???). Branded  is your first book, of course, but you have a new one out. If you tweeted about your latest release, what would it say (140 characters or less)?
KT: Like Terminator and Resident Evil?  Read Eden!  Sometimes being human is not about what your insides are made of.

KC: Oooh. Love that! Very enticing. Now I have to decide whether to read Branded first or Eden. Okay, back to the interview. If you could spend the day with any of your characters, who would it be and what would you do?
KT: Right now I would probably say Emily, from Branded.  I don’t really get a whole lot of girl time and she just has such a bubbly personality, she would be a blast to go shopping with.  Can you tell I live on an island and don’t get to go shopping much? lol

KC: I hear ya. Girl time is always a necessity. So is shopping. Especially for shoes. Besides shopping, you obviously enjoy writing. What’s your favorite part of being a writer?
KT: The freedom.  You can totally do whatever you want as a writer and there is no limit to what you can do.  I love coming up with new worlds, new characters.  It’s a great stress reliever for me!

KC: Agree! Especially when we write paranormal/fantasy – there really are no limits. What’s the hardest part of being a writer?
KT: I’d have to say growing a tough skin.  When you’re a writer you open yourself to criticism.  And it hurts to have people say they don’t like your story.  But you have to just remind yourself that YOU love your story.

KC: Yep. That’s what’s important. Besides, not everyone is going to like your story. Even the best sellers have their critics. What do you wish you would have known before you became a writer?
KT: Mostly I just wish I would have known that the writing bug would come back to me, lol.  I used to write a LOT when I was in middle school and part way into high school and then nothing came to me for a long time.  And I wish I could just tell myself to find the time to read more.

KC: You sound like me! It took longer for the writing bug to return (shh, don’t tell anyone but I’m a little older than you), but I, too, wrote a lot when I was younger and then gave up for many years. So what made you decide to go indie?
KC: I tried the traditional route for a long while but nothing was happening.  So I figured “why not” and things have worked out great!  I have no regrets!

KC: With your awesome rankings (she’s in the Top 100 of at least 3 Amazon categories!), you should have no regrets. You’ve obviously done quite well on your own. 🙂 What do you like most about being indie?
KT: The control is so great.  I got to pick (and make) my own covers, I got to set my own release dates, I don’t have anyone but my fans breathing down my neck to release my next book, lol.

KC: Ha! Fans are great, aren’t they? Even when they’re breathing down our necks, because that just motivates us. If a writer came to you asking advice about going indie, what’s the most important thing you would tell them?
KT: Do your homework and don’t expect anything to happen immediately.  It might, and probably will, take time.  Do your research on how to properly format, how to get a good cover.  This isn’t an easy road, don’t expect it to be.  But it is so worth it!

KC: Yes on the homework thing! There are lots of companies out there preying on writers that are just out to scam. Good advice! Okay, let’s talk about your nightstand. What’s the last book you read and what’s next?
KT: The last book would be Anna and the French Kiss by Stephanie Perkins which was fantastic!  Currently I am reading The Eleventh Plague by Jess Hirsch.  I’m a bit undecided on it at this point…  After that it’s onto All These Things I’ve Done by Gabrielle Zevin.

KC: I haven’t heard much about The Eleventh Plague, but the other two are supposed to be awesome. Speaking of awesome, what book or author can you read over and over again?
KT: Haha, this is totally going to sound immature of me, but Twilight and Harry Potter.  I’ve read Harry Potter more times than I can count!  And I just can’t get enough of Twilight, lol!

KC: Oh, yeah, so immature. I’m sure none of us can relate. *hides HP7 under the desk* Ebooks or Dead Tree Books? Why?
KT: Dead Tree Books, lol, you’re making me feel bad for owning paper books!  Um, I do have an iPad filled with eBooks but I do prefer a physical book.  I just love holding a book, I love the feel and smell of them.  And I love the way they look on my bookshelf.  Such a beautiful sight!