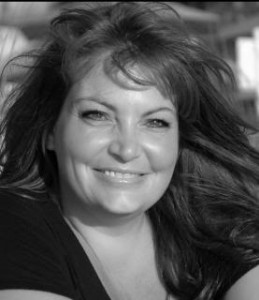 Kristie Cook is a lifelong, award-winning writer in various genres, primarily New Adult paranormal romance and contemporary fantasy. Her internationally bestselling Soul Savers Series includes seven books, as well as several companion novellas and short stories. Over 1.2 million Soul Savers books have been downloaded. She has also written The Book of Phoenix trilogy, a New Adult paranormal romance series. Her books have been featured in USA Today’s HEA section, on Good Morning America, and in the Emmy’s Gifting Suite.

Besides writing, Kristie enjoys reading, cooking, traveling, getting her hippie on, and feeding her addictions to coffee, chocolate, cheese, The Walking Dead, Game of Thrones, and Supernatural. She has lived in ten states, but currently calls Florida home.

The original covers of Promise and Purpose, First Editions

I grew up as an Air Force brat and moved around a lot. When I was 8, I transferred to a new school (my 5th elementary school since starting Kindergarten) that happened to be one of the best in the country. At all of my other schools, I’d always been at the top of my class in pretty much every subject, but not at this one. I was at the bottom or middle of everything. When we were assigned to write a short story, I wrote about gnomes living in a cave that was opened to tourists and two kids were lost and locked inside overnight. I was the only one to get an A in the class, which was a big deal to me after struggling to prove I wasn’t stupid compared to my classmates.

I loved writing the story and based on my grade, I figured I was good at it. I decided then I wanted to be a writer. I wrote the beginnings of stories all the way through high school, but never finished one except for school. In college, I became “practical” and decided I didn’t have a novel in me, so I’d use my talent and passion for business writing. My career always included writing, but not until I was in my mid-thirties did I decide to try fiction again.

Becoming an adult somehow made me forget how to imagine other worlds and fictional stories. But after being able to read for fun again and devouring book after book, I wanted to re-discover that part of me. It made me want to be a kid again, spending my time daydreaming and creating alternative worlds. So I picked up the pen – well, not really, I put my fingers to the keyboard – and decided to start writing fiction again. 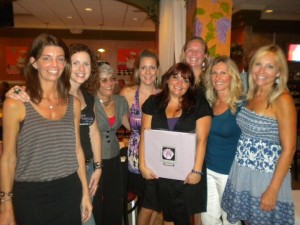 My very first book signing, with the very first readers of Promise and Purpose.

I didn’t expect anything to come of it – it was something to do rather than be a couch potato and I hadn’t been able to find the story I really wanted to read. So I wrote it. And before I knew it, I had a beginning, a middle, and an end of what eventually became two books, plus the idea for a whole series. I’ve never looked back. Now I’m living my dream – writing fiction (aka making stuff up) for a living!

I’m currently into writing New Adult paranormal romance and contemporary fantasy. There’s nothing like combining the angst and excitement of being out on your own for the first time with the tension and conflict of living in a paranormal world. I look forward to meeting new characters who come to live in my head, though. No, I’m not crazy. I’m just a writer.