Today we have author A Jacob Sweeny with a guest post introducing her awesome (and yummy!) heroes of The Pulse Myths series. First, let’s get to know more about Ms. Sweeny and her books. 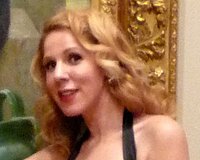 About A Jacob Sweeny

I have been writing and storytelling ever since I was able to hold a pen. When I spent time working as a teacher with children of varying ages I was fascinated by the awesome power of words to excite and inspire the young mind. The art of Storytelling is what makes a good teacher great.

My degree in History with an emphasis on Ancient Near East, and my personal interest in world myths, combined with my fieldwork in archaeology have inspired my research and development of many elements in the story.

I also remember what it was like to be a girl myself and have often wanted to share my own thoughts, fears and dreams during that age with others. I read many books during my teenage years and some of them were essential in helping me make it through that time, and helping me become the satisfied person that I am today. I want to be able to return that favor to all the readers out there. 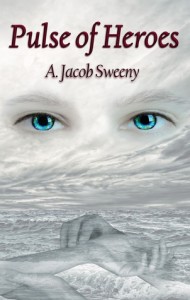 About Pulse of Heroes

A suspenseful, passionate, paranormal romance that sweeps through the emotions of first love and heartache as it traverses centuries and continents.

Michelle used to feel like she was behind in everything, especially school and relationships. Her great aunt from the old country says she is like a bland meal, “no salt or pepper”. But in junior year, everything changes. Her father takes a position on the Town Council, a popular boy in school becomes interested in her, and most importantly, the Hekademos Learning Center, a private school for ‘troubled’ students, moves into her quiet neighborhood amidst the protests of the entire town.

After an embarrassing fall over the school wall, Michelle meets Elliot and her ordinary ‘bland’ life changes its course forever.

Elliot is no ordinary human. In fact, no one at the Hekademos Learning Center is. Beautiful and fierce, they have survived throughout the millennia by weaving in and out of human events. Through them, Michelle learns that history and myths from around the world are dotted with references to their kind. Michelle falls madly in love with the ever-striking and mysterious Elliot and, as much as he tries to fight it, he develops strong feelings for her as well. Although Elliot carries numerous painful memories from his many pasts, he disregards his own better judgment and the advice of his friends, and finds himself falling for Michelle‘s offbeat personality. Their feelings grow in intensity, but when History catches up with them, the difference between their life paths threatens to destroy any future that they might have had together.

Michelle learns that there are infinite shades of gray between black and white, and has to deal with the bundle of contradictory emotions called love. She has to trust her intuition in order to face the danger and uncertainty of being drawn into Elliot’s wondrous world. Ultimately, it is up to Michelle to make the split-second, life-altering decision that will either tear them apart forever, or give them another chance.

In The Pulse Myths series we are introduced to many characters, however it is the introduction to the Heroes of Hekademos that transfers us from the every day life of a teenage girl living in a small town in Northern California and into the extraordinary.

Before even honing the main plot for this trilogy I knew that I wanted more for my readers. I wanted to be able to show them a world that is real and yet amazing as if it was purely fiction. I knew that my heroes would established a doorway to this world.

All too often in stories that deal with heroes or even immortals the characters seemed to be adopted out the classical era of Hellenism/The Greek myths, or the Biblical heroes/archangels and the likes.
There is absolutely nothing wrong with these topics, as we delve into them in my novels too, but there is so much more out there that is just as beautiful and exciting. My readers are introduced to the original stories that inspired the Biblical and Greek Myths. They are also exposed to the time and place where reality and myth cross one another. They are one and the same in many instances.

There are amazing myths from around the world that hardly make it into the Western consciousness, unless one picks up a book that is devoted to a specific culture, or an area of the world. I was determined to change that by introducing my readers to an onslaught of these beautiful, sexy, intelligent, and at times dangerous immortal males from across the globe. My research had taught me so much more than I would have ever imagined, and yet it was difficult to choose only a handful of stories and characters.

The main heroes of Hekademos are introduced in the first installment: Pulse Of Heroes. They are forever young and beautiful as they are complex and multi-layered. We get to meet more heroes in the next two installments.

The beautiful, rapturous, and yet with an air of danger, ***Elliot De Costa (he is from God-Semitic/Sumerian background) from ancient Sumer is the main hero and love interest of the story. He is surrounded by his friends who form a ragtag family of sorts.

*Devin-(From God/Great man in Hindi. Interestingly enough there might be a connection to the name David, where the word divine comes from) A handsome and kind man, Devin is from Harappa, a Indus Valley civilization that predates Hinduism in the area of India/Pakistan

*Rioni/Amirani (The main river that runs from the Caucasus Mt. and through Georgia-Amirani is a variation on an ancient name from the Levant of Hebrew/Arab origin meaning Prince/Commander) Rion is Charismatic, stylish and sharp of tongued. He is an ancient warlord and king many times. He originates in the area of Northern Turkey

*Kahl (Perfection of man-in Arabic/Semitic languages) He is tranquil in character, seductive and secretive. Kahl comes from ancient Yemen and Ethiopia.

*Ando/Ondottr (Fiery of eyes/great man in Norse mythology) Ando hails from Norway. Attractive strong and frighteningly cold when needs be. He is a viking hero and king many times.

*Mikoto (Divine-being-Shinto/Japanese) is an ancient Japanese warlord turned Samurai. Awe inspiring looks, charming and comically simple when needs be, a maser of weaponry.

Connect with A Jacob Sweeny