Argh. Something happened to my blog posts last week, and this one almost didn’t go up again. And I really loved this book and want to share it with you. Of course, I loved all of the books in the Curses, Fates & Soul Mates, but certainly don’t want to leave this out. So, my post that was supposed to go up last week…

Curses, Fates & Soul Mates: 5 Paranormal New Adult Novels is no longer on sale, but for $5.99, it’s still a steal. You get FIVE full-length novels, after all. That’s barely more than a $1 each, compared to buying them individually, which would total $14.95! So if you haven’t bought yours, what are you waiting for? They’re all AMAZING stories. Get your copy at:

For Teaser Tuesday today, I have an excerpt from Repossession by Rachael Wade, part of the CF&SM bundle. 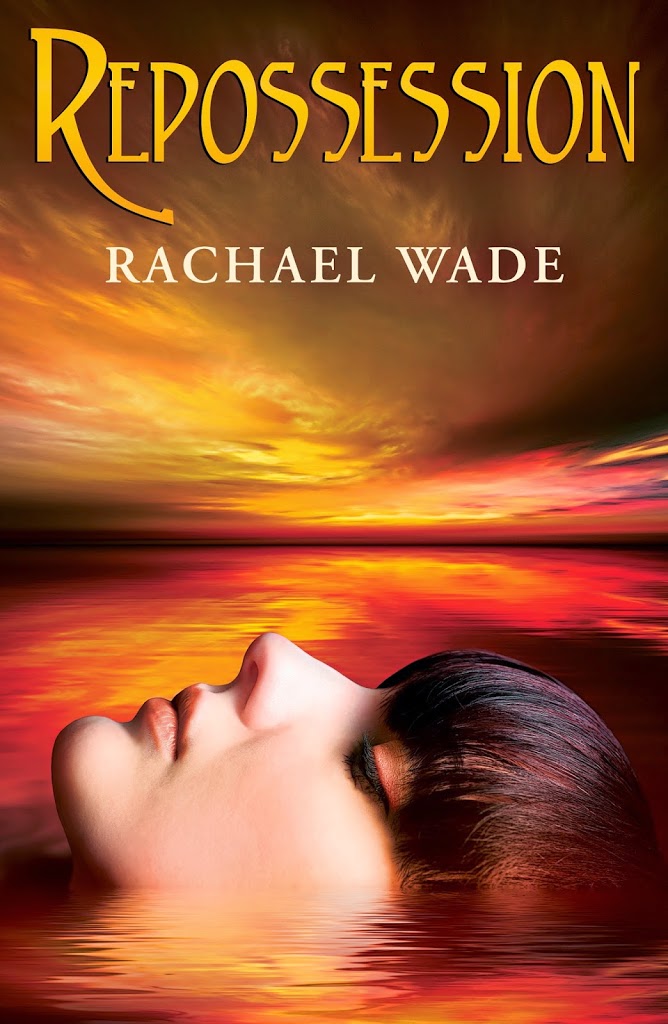 Book 1 in The Keepers Trilogy

*Recommended for ages 17+ due to sexual situations, language, and mature subject matter* New Adult Science Fiction/Apocalyptic/Romance Skylla only knows that she has been kidnapped and held prisoner by the foreign invaders and their human allies. And that the world is ending. Or so the humans think. The invaders have made it clear that their arrival is one of hostile intent, and as their takeover spreads, so does the panic across the globe. No one knows how to defeat them, or if it’s even sane to try. Jet, Skylla’s human captor, is up for the challenge, though. A traitor in Skylla’s eyes, he is working with them. But Jet has his own agenda; one that doesn’t include babysitting Skylla or helping the enemies. And as the human race struggles to keep the invaders from achieving their goal, Jet and Skylla’s paths collide to reveal the truth behind Skylla’s abduction. The invaders are headed for the water. Jet is headed for the water. But that’s the last place Skylla wants to be. That’s where the future of humanity lies, and where the bridge to their yesterdays was burned. On a mission to take back what is rightfully theirs, Earth’s population is determined to make sure this isn’t the end. But some endings were never theirs to begin with.

Rattling the cuffs on the bar over my head, I huffed against the duct tape and used all of my core body strength to twist and contort my upper body, trying every single angle and method I could come up with to break the damn cuffs.
No luck. If only I had more light to work with.
The one thing I had going for me was that I was freestanding; my feet were firmly planted on the soil below. I took advantage and tried spreading my legs to feel around, kicking my heel back to feel a wall or something I could use for leverage. There was nothing. Wiping my sweaty forehead with my shoulder, I inhaled deeply and started rethinking my strategy.
A loud clang came from somewhere in the room, and I froze. The sound of a sliding door? A latch of some sort? I couldn’t tell. Then steps came toward me and my fear spiked, and I was desperate for more light to see what was headed in my direction. I blinked frantically, my chest heaving, disorientation making me dizzy when the lantern on the table fizzed out.
The shuffle of footsteps resumed and something grabbed me by the waist. A garbled scream erupted deep in my throat and a light blinded me before the duct tape over my mouth was ripped off, stinging my lips. Rough fingers—human fingers, I thought—grazed my lips, slowly, as if to soothe them, before pulling the piece of cloth from my dry mouth.
“It’s okay, you’re okay. I’m not going to hurt you,” a low, smooth voice crooned. The light’s brightness lessened, and I realized it was from a flashlight. My captor pulled the flashlight farther away so it wasn’t blinding me anymore. I spit in his face.
“Guess I deserve that. But I could shove this filthy piece of cloth back in your mouth if you want me to.”
“Go to hell.”
“Look around. I’m already there.”
“Why am I here? What do you want? You’re one of them, aren’t you?”
“Yes, I’m a mutant alien creature here to take you aboard the Mother Ship. I’m packing heat,” he shifted a large machine gun in his other hand, which was strapped over his chest, “which must give it all away, right?”
Piercing blue eyes found mine. My eyes adjusted to the light and I could make out my captor’s face: pale skin, sooty-dark brown hair, a military buzz cut. His thick, muscular build was covered with a ratty, grime-covered black t-shirt and cargo pants, the pockets bulging with gear and other weapons I couldn’t make out.
“That’s not what I meant. I meant you’re one of them. A traitor.”
“I understand how it would seem I’m your enemy, since I’m holding you prisoner at the moment, yes. But I’m not a traitor.”
“Let me go.”
“No can do. I’m here to feed you.”
“Screw you.” I spit in his face again, then tried kicking him in the groin. Given the circumstances and the fact that I’d just lost my parents and my home, it was all too tempting to just give up. To let the despair sink me. But I wouldn’t let that happen. As long as I was still alive, I’d find something to live for. Maybe I didn’t have the mental energy to fight for my own life, but I sure as hell had enough fury to propel me forward in honor of the lives stolen from my parents.
He caught my thigh with ease and steadied it. “Anytime, baby. All you gotta do is ask nicely.”
“Great. Your kind is repulsive and arrogant. What an endearing combination.”
He grabbed my elbow and leaned in, one palm still gripping my thigh. “Hey. I said I’m not a traitor. Don’t start the ‘your kind’ crap, Rambo. Watch your mouth. I’m human, and I’m on the right side, you hear me?”
“Oh, you traitors are far from human, you asshole. Humans might be disloyal and greedy, but when it comes to picking our own species over another, we’re clear on where we stand with that one.”
“My, my. What a potty mouth you have. And what did I just say?”
I yanked my arm from his grasp. “Screw you.”
“If you want me to keep protecting you, you better start treating me just a little bit nicer.” He narrowed his eyes and pinched his fingers in front of me, emphasizing the little bit.
Protect me? Was he serious? Although my hands were bound above me, I was able to return his gesture with my personal favorite, the middle finger.