Have you checked out Curses, Fates & Soul Mates yet? If not, don’t miss out on the 99c sale! 5 full-length novels for less than a buck is a real steal. Get your copy now at:

Need more convincing? How about a little tease from Frostbite by Lynn Rush, one of the amazing books in the box set…

Frostbite
Part 1 of the Touch of Frost Trilogy 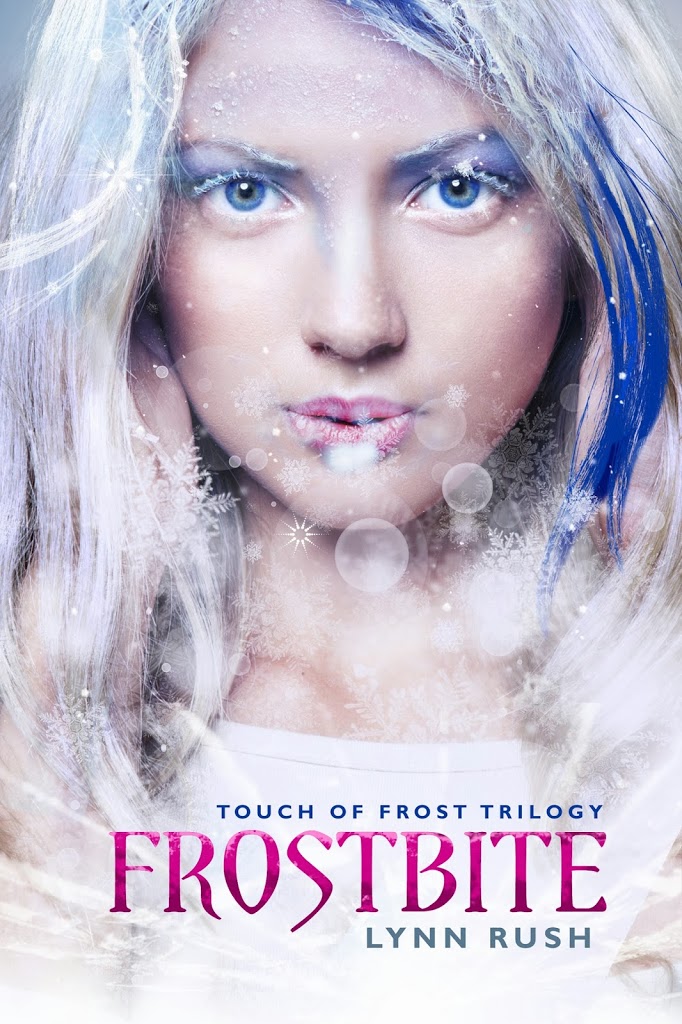 Amanda gives a whole new meaning to cool…
Amanda Smith is sick of getting chased from town-to-town. So when she lands in tiny Trifle, Arizona, she hopes it’s her last move for a long time. Despite hating the smallness of the town, she settles in and finds a best friend, and even a boyfriend. Normality at its finest.
But for a girl who can shoot snow from her hands and lift a two-ton truck over her head like a bag of feathers–normal is not an option.
The scientists who murdered her mother come barreling into Amanda’s quiet life. She must decide if she’ll run again or stay and fight. The price of either choice might be her life or the lives of those she’s come to love…
Ms. Stevens scrunched up her button-nosed face as I strolled into the detention room. “Amanda. Not again.”
“Didn’t want you to get lonely.” A smile tugged at my lips.
No one else sat in the classroom. Good. Less interaction with people meant less chance of my powers going wonky and freezing off a body part of some poor, unsuspecting student.
I will not freeze anyone today.
Ms. Stevens shook her head. She reminded me of my mom when she did that. It was a bitter-sweet thing, though. It gave me a sense of familiarity, yet hacked my heart open with a dull knife.
“What am I going to do with you, young lady?”
“Not much to do. This is about as good as it’s gonna get for me.” Total truth. I only needed to continue evading the Coats so I could graduate without freezing anyone or anything important.
She looked past me to Principal Nimrod who’d so courteously escorted me here. “Just lunch detention?”
“Next class, too. She’s been excused from P.E. again. She’s better off in here with you than sitting in the gym.” He strode out of the room.
Gym class was by far the hardest place for me to control my powers. Scott had mastered dreaming up excuses to get me out of that class. It’d become an art form, really.
I blamed Zach Landry for my control issues in gym. His statuesque presence sent my hormones into overdrive, which often led to unexplained room temperature drops and icicles on my fingertips.
That got interesting during the swim unit.
It should be illegal to look as good as he did. And from what I could tell by watching him from afar, he was pretty cool. Not a conceited jerk like most guys that hot were. I’d almost wished he was a jerk, though. It’d be easier to not think about him. Instead, he starred in most of my hottest dreams.
That was the only place I ever dated, too. My dreams. Considering I might freeze something important on a guy’s body, I stayed away. Tried that a few times…so not worth the stress it caused. All I needed was an incident in a tabloid that mentioned some chick freezing off a guy’s lips…that’d attract some Coats for sure.
But the fact someone like Zach existed made me realize how much I wanted a normal life.
One that included a boyfriend and a best friend. Sneaking kisses in dark movie theaters when we were supposed to be watching the show. Lazy days by the pool. College applications. Normal. Not one that involved running from scientists who wanted to dissect me to learn about my powers.
College would be awesome with the dorm-living, all nighters, pizza binges…
“Got another one for you, Ms. Stevens.” The high-pitched voice squeaking behind me sounded like the gym teacher.
I turned in my seat to see the lucky person risking his life to sit next to me for the next ninety minutes. My gaze landed on Zach Landry, and the room temperature took a serious nosedive.
“Not you too, Zach.” Disappointment tainted Ms. Stevens’ voice.
Zach’s wicked, steel-gray stare bore into me, and my heart almost shot out my open mouth.
What planet had I been teleported to if he got thrown into detention? He’d never been in here with me before, and I pretty much owned this room.
Zach stared and cocked his head as if he was trying to read my mind.
My cheeks burned, and I knew I needed to turn around and face the front, but that crooked smile of his nearly undid me. No one had dimples that big.
Not to mention the lips. They were full, but that bottom lip, the way it pouted out a smidge—
“Thank you, Ms. Catts.” Ms. Stevens reached for the sweater draped around the back of her chair.
I will not freeze anyone today. Especially my teacher!