Nov 23 2013 Posted by Kristie Cook
My author-friend Selena Laurence has an upcoming release and has revealed the cover. Isn’t it smokin’?! 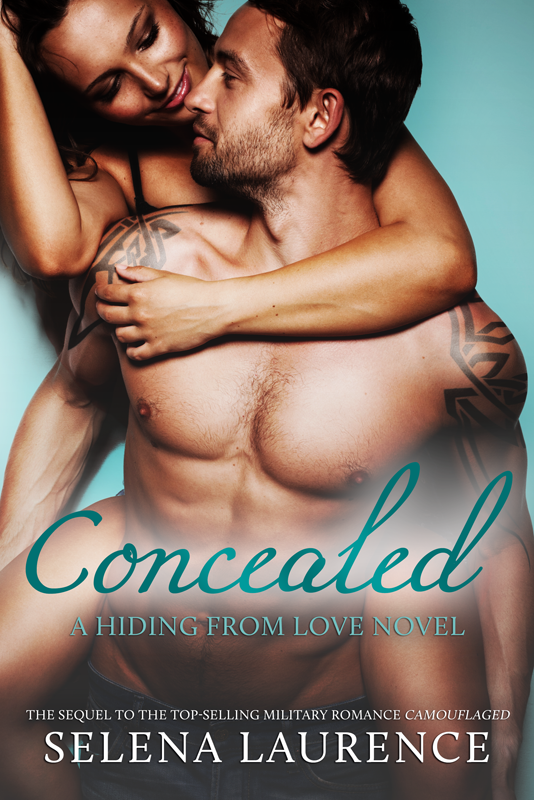 Just in time for Christmas! Releasing the Week of December 15th, CONCEALED, the sequel to the Top Selling Military Romance Camouflaged.
Add it on Goodreads: https://www.goodreads.com/book/show/18872632-concealed
Two years ago, Gabe Thompson stood in the desert of Afghanistan and watched the love of his life drive away. When his tour of duty ended six months later, she wasn’t waiting. Now Gabe’s ready to go after the one thing his life is missing – the woman he’s never been able to forget.
Twenty-year-old Alexis Garcia rues the day she decided to volunteer for a UN mission to Afghanistan. The sexy, exasperating soldier she met there nearly destroyed her carefully constructed life with the boy next door. She’s spent two years trying to forget Gabe, working to show her parents and her boyfriend that she knows where she belongs.
But when Gabe shows up at Alexis’s door, complete with tattoos, a Harley and enough attitude to start another war, everything she’s tried to conceal could be exposed, starting with her heart.
About Selena Laurence:
Selena Laurence lives in the foothills of the Rocky Mountains and spends a hell of a lot of time at soccer games, on her laptop, and reading. She requires a Mocha Latte every day to function, keeps a goldendoodle at her feet most of the time, and has more kids than she knows what to do with. Her husband, Mr. Laurence, spends as much time as he can at the office and the gym in order to avoid the kids, the dog, the laptop and the reading, but he always shows up for the soccer games, and he makes a mean Mocha Latte.