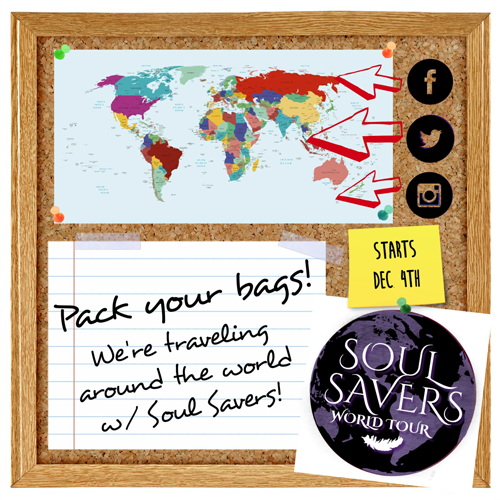 Today’s Soul Savers World Tour stop takes us to one of my favorite places that I’ve had the blessing to visit twice so far, but Alexis and the gang only get to see once, on a rainy night as they pursue their mission in Book 5. Do you know where we’re headed? Let’s go see! Click here to visit the Facebook page of the incredible and dynamic Denise Grover Swank. Yes, the DGS! Denise was one of my very first writer friends on Twitter, 6 years ago. We had lots of fun together traveling through the UK earlier this year while we were on tour. You probably know her through any of her fantabulous books, such as the Rose Gardner Mystery series. If you don’t, you need to!

Travel to today’s stop on Denise’s page to see the new cover for Book 5, enter the daily giveaway, and be sure to Like her page while you’re there. Also, take note of the souvenir for today’s stop. You’ll need that for next week’s big grand prize giveaway.

I hope you like the new cover of Book 5 as much as I do! It’s my second favorite of them all. 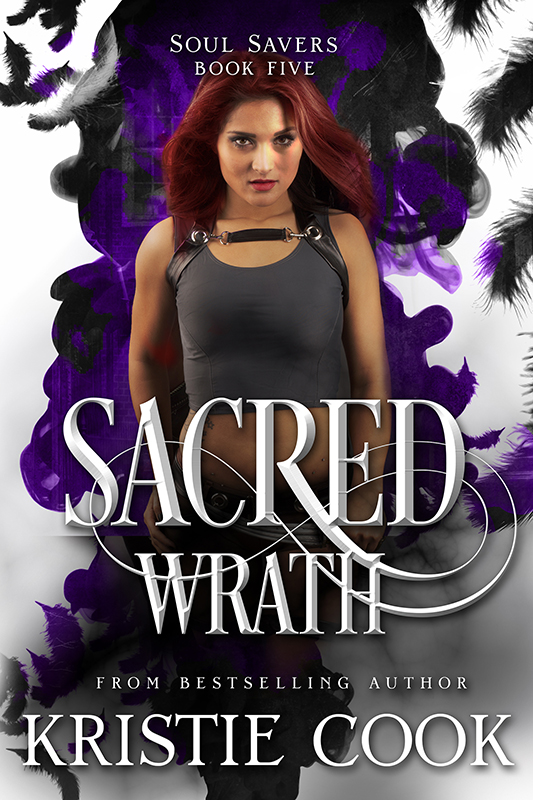 The world is on the brink of war, the enemy have increased their attacks on humans, and Alexis and her team have been assigned the mission of building the Angels’ army on Earth. However, the unthinkable happens, Alexis’s biggest fear comes true, and nothing will stop her from recovering what is hers. Except, everything and everyone tries.

Suspicious humans set traps to ensnare the supernatural. The world powers have closed their borders as they prepare for war. The Demons’ army grows exponentially by taking innocent souls—souls that Alexis must protect. And a power-hungry sorceress schemes to rule them all, with revenge on the Amadis matriarch topping her priority list. Alexis is forced to choose between those she loves dearly and the souls of all of humanity, but when there is no right answer, she’s bound to lose. The question is—who will it be?

This is the fifth book in the contemporary fantasy series where you’ll meet vampires, werewolves, witches, warlocks, and a new type of nephilim. The further you get into the series, the more creatures you’ll discover, including shapeshifters, fae, sorcerers, angels, demons, and more.

(This book was formerly titled Wrath. The covers and titles have changed for Books 1-7 in the series. This book has some content changes in November 2015.)

The series in suggested reading order with the books’ new titles. Read them all by March 31, 2016, and enter the author’s trivia giveaway:

NOTE: This is a paranormal series that crosses from New Adult to Adult. It contains mature content meant for 16 years and older. This series is not a YA.